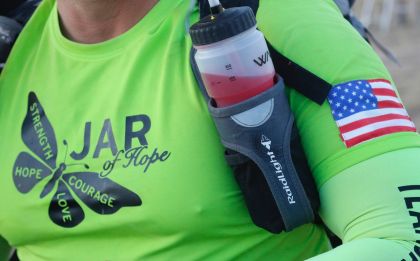 Jim Raffone.  Age 47.  Weight 102kg (down from 115kg and hoping to be 88kg by Grand to Grand Ultra 2018). Torn meniscus. Partially torn ACL. A-fib heart condition. Two herniated discs.  What in the world is he thinking, doing G2G?  It will be his 3rd attempt to successfully complete the race.  He has every reason to have a go at it again.  He is not doing this for himself.  He could not even consider it.  He is doing it to save his son, and the lives of others affected by the rare, 100% fatal, genetic disease – Duchenne Muscular Dystrophy (DMD).

Jim grew up in an Italian family.  He learned to work hard and help other people (he is a home building contractor).  The DMD diagnosis of his son “Jamesy” transformed him into an inspirational, non-stop advocate for raising money to stop this heinous disease – find a cure eventually, and meanwhile, deter the physical effects so that his son and many other sons can at least continue to walk until a cure is found.  He and his wife founded “JAR of Hope” to save their own son’s life and not give in to the dire outlook.  They decided not to lie down and let this disease roll over them. 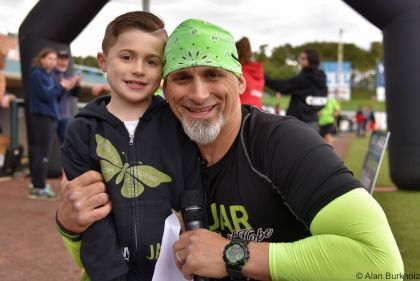 Jamesy and his father, James Raffone

Jim’s third attempt at completing G2G will be a week after his son’s 5th anniversary of the diagnosis.  Usually, by 9, a wheelchair is how the boys ambulate (the disease usually affects boys, and symptoms begin to appear around age 3-4).  You won’t find these boys running, jumping, or playing sports.  Because they can’t.  Their muscles have begun to atrophy from the disease.  Their heart and lung muscles are being attacked.  Their bones are becoming brittle from the years of steroid use that currently is the only way to slow the effects of this terrible condition.

When Jim participated last year in G2G with a JAR of Hope team of 5, he hoped to finish and to meet his son at the finish line.  It was a huge personal disappointment for Jim when the medics said he could not continue.  He admits he was not in shape.  He was so focused on making sure his son could still walk when he turned 9, that he didn’t take care of himself.  Jamesy turned 9 on the 31st of March.  He is walking. 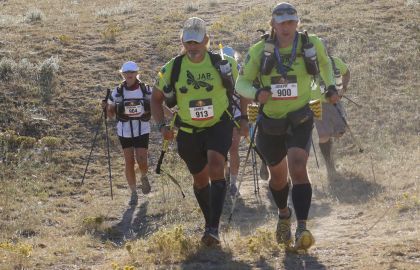 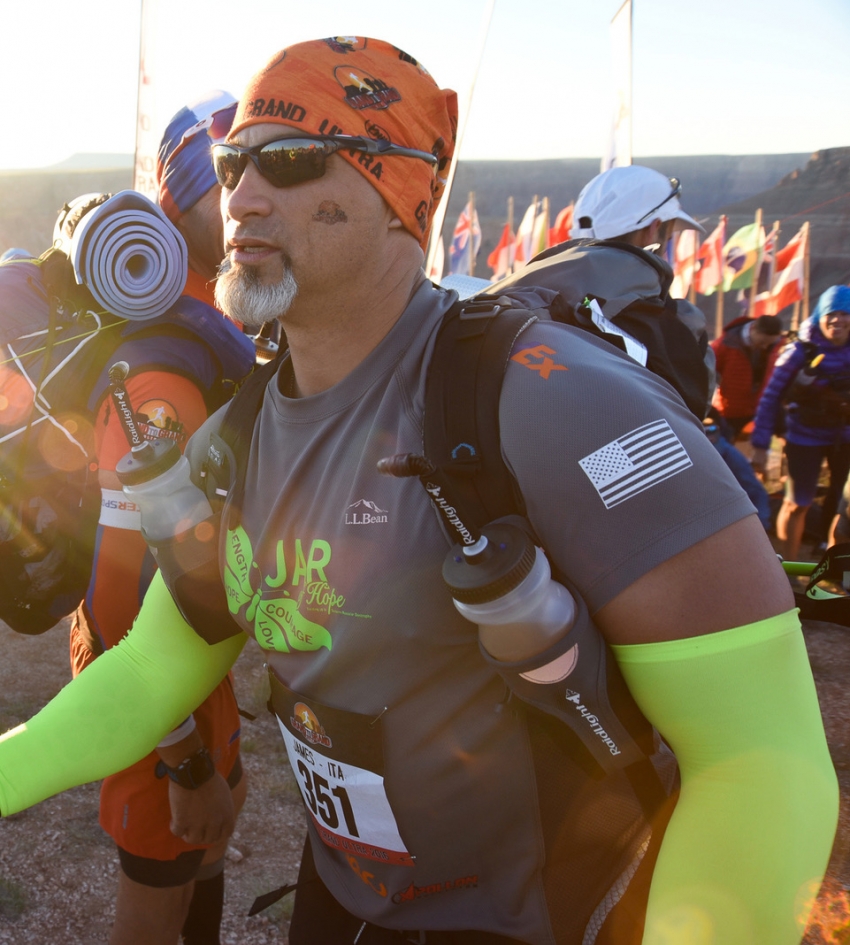 G2G 2018 is a whole new era for Jim and for Jamesy.  The University of Minnesota is studying the effects of a Hyperbaric Oxygen Chamber on DMD. Jamesy has been in one daily (donated by Dr. David Dornfeld out of Middletown NJ), often with his dad in the chamber keeping him company.  Jim quipped, “He is doing better than most boys his age with the disease.”

With the JAR of Hope team of friends and ardent supporters of the cause, Jim is doing more to prepare himself physically and mentally for G2G.  Seventeen people will join him on the trail, all helping to raise money for JAR of Hope. Colin and Tess Geddes encourage G2G participants to reach beyond themselves and run for a cause.  Many do.  A team of 15 is a huge record! 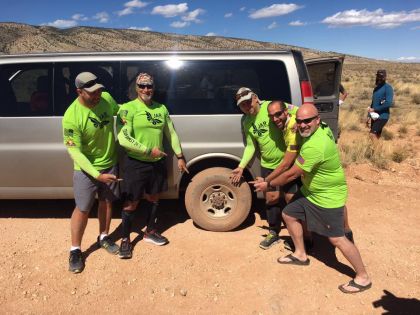 When asked what his secret is to get so many people to join his team, Jim says, “People look at me and think -- he’s not a runner; he’s an older man with a ton of physical problems; if he can do this for his son, we can do it, too.”  Suddenly, the light dawns that doing G2G is not about oneself.  In the context of doing it for a purpose that transcends the self, the event becomes so much larger and meaningful.

Yes, G2G has a tremendous “wow” factor…. the terrain, the beauty, the challenge.  Jim says, “It puts life into perspective.  Everyone battles to get to the finish line.  As it stands right now, my son will never be able to think about getting to the starting line.” 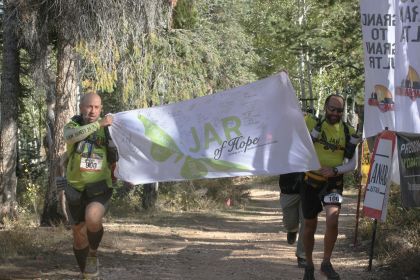 Jim’s vision of the G2G finish line this year? “I will be crossing the finish line one way or another. I will cross with my son!  I will carry him or he will walk with me, but we will finish together.  I’m his Dad.  I am doing this for him.”

If you wish to learn more about DMD and Jamesy’s journey, click here: JAR OF HOPE